Then one of them is brutally murdered, and what seemed to be no more than a family dispute erupts into horror. For even as Commander Adam Dalgiesh and his team investigate the first killing, a second corpse is discovered. Clearly, someone at the Dupayne is prepared to kill, and kill again. The case is fraught with danger and complexity from the outset, not least because of the range of possible suspects--and victims.

And still more sinister, the murders appear to echo the notorious crimes of th epast featured in one of the museum's most popular galleries, the Murder Room. For Dalgiesh, P. James's formidable detective, the search for the murderer poses an unexpected complication. After years of bachelorhood, he has embarked on a promising new relationship with Emma Lavenham--first introduced in Death in Holy Orders --which is at a critical stage.

Yet his struggle to solve the Dupayne murders faces him with a frustrating dilemma: each new development distances him further from commitment to the woman he loves. The Murder Room is a story dark with the passions that lie at the heart of crime, a masterful work of psychological intricacy. Not you, too? One imagines a chorus of readers calling from the sidelines, ''What are you waiting for? But first things first. What's important is that corpses do turn up, with satisfying regularity.

The setting is familiar territory. The eccentric little Dupayne Museum, dedicated to the years between the wars, manages to seem remote, even in London. Housed in an old mansion tucked away on the fringes of Hampstead Heath tantalizingly spooky by night , it's the perfect crime scene. Its galleries and exhibition halls explore English life from to -- history, literature, the arts, sports, cinema, even murder.

The Murder Room of the title, the museum's most popular attraction, contains a collection of photos, newspaper clippings and exhibits from the most notorious crimes of the era -- real crimes, according to an author's note. Here the book takes off and displays James at her best.

Why showcase murders alongside paintings and first editions? Because, as one character explains, ''murder, the unique crime, is a paradigm of its age. There's the Blazing Car Murder of victim burned to death in car. There's the infamous Wallace case of wife bludgeoned, case never solved.

There's the Brighton Trunk Murder of mistress stuffed into trunk. And so on.

In each one, an odd element or circumstance makes the case peculiar to its time. I like to imagine Baroness James researching all this in the British Library, whooping with delight and being told to keep her voice down. As with many of James's novels, we know right away which character is most likely to exit feet first. And a spectacular exit it is. Neville Dupayne, who had threatened to close the museum, goes out in a blaze of glory, burning to death in the driver's seat of his vintage Jaguar in a garage on the museum grounds.

Echoes of the famous Blazing Car Murder! Mere coincidence or a copycat killer at work?


The two remaining trustees, Neville's siblings, Marcus and Caroline Dupayne, who want to keep the museum going, are among the suspects. But it's a crowded field. The curator, James Calder-Hale, has some mysterious link with M. The secretary, Muriel Godby, worships Caroline and would do anything for her.

Marie Strickland, a museum volunteer, has a wartime past and secrets she would prefer to keep. A second volunteer, Mrs. Faraday, knows Neville had been clandestinely carrying on with her daughter-in-law.

And we can't overlook Marcus's ambitious wife, the victim's emotionally unstable daughter, a disgruntled museumgoer, the volatile gardener-handyman and assorted psychiatric patients of the less-than-popular Dr. Just as the investigation starts looking hopelessly complicated, a second victim gets it in the neck. Heavens, who doesn't have a motive?


James writes with such ease and juggles her plots and characters with such control that none of this gets out of hand. And with so much going on -- this is a very busy mystery, full of traffic jams and ringing cellphones -- she still manages to preserve the element of old-fashioned, hair-raising suspense. Wind howling through the trees.

A dark figure moving soundlessly in the shadows. A gloved hand reaching for a doorknob. The atmospheric setting is milked for all it's worth. Alas, James's efforts to inject suspense into Dalgliesh's romantic life are less effective. 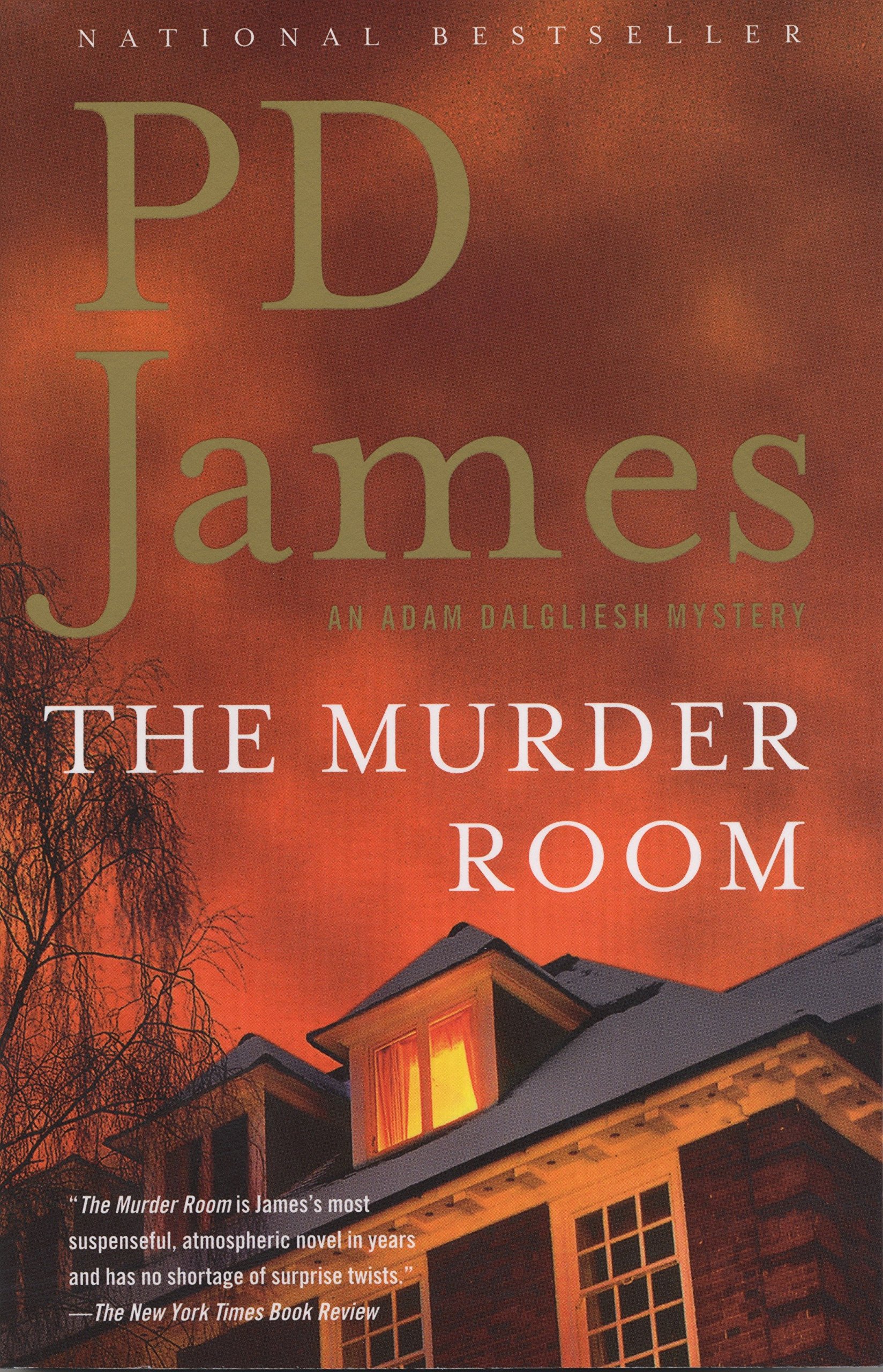 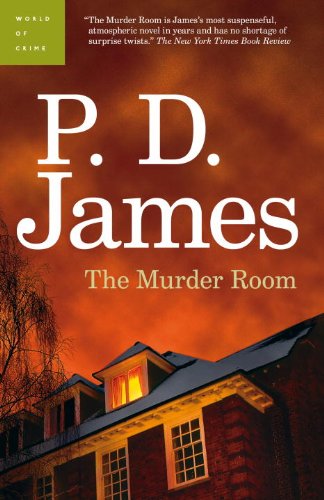 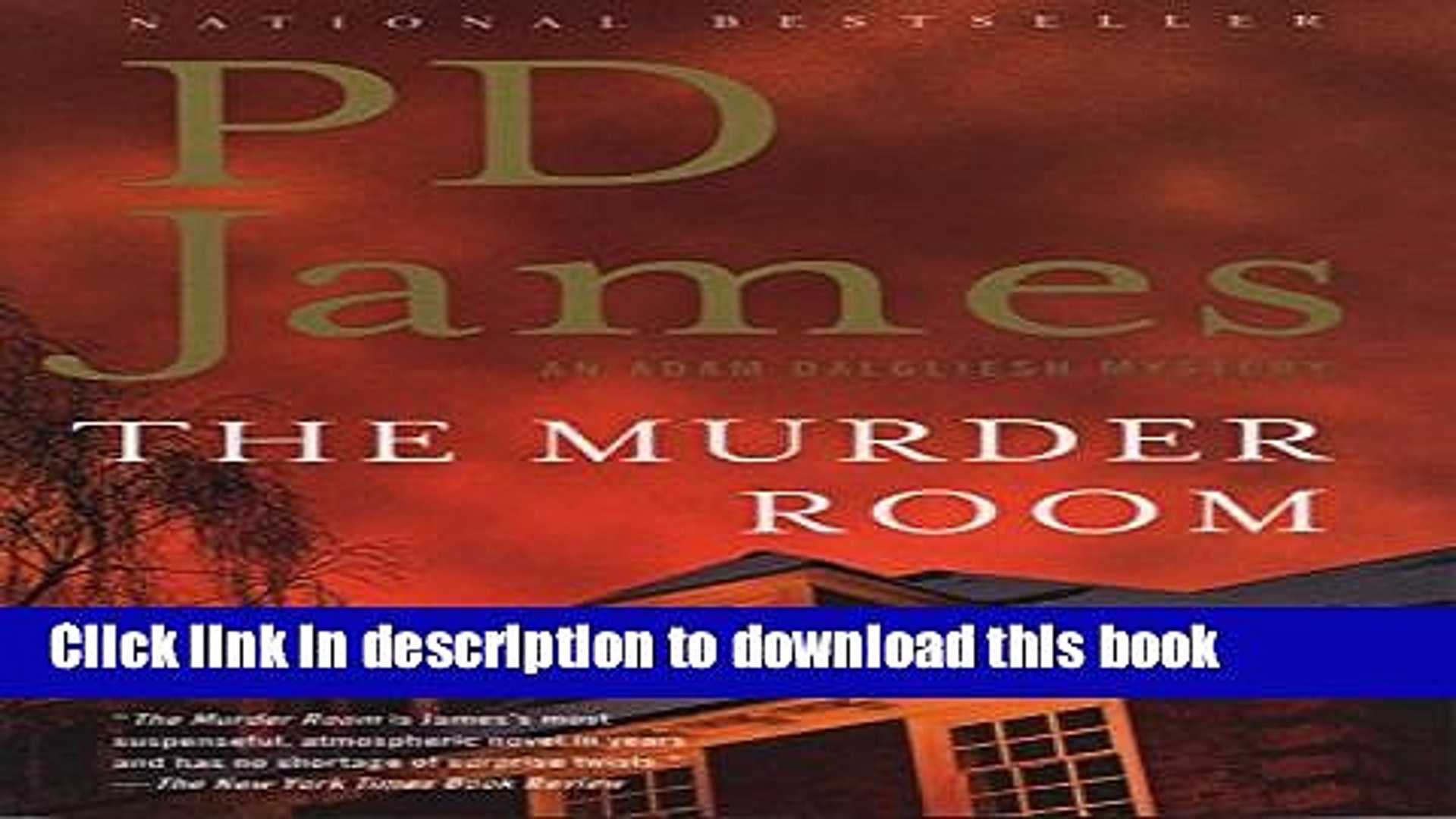